About usIndex
Home Pregnant How To Cope With A Twins Pregnancy

Some Parents hope for a twins pregnancy but others dread it due to the increase in finance it will cost. If it is the first pregnancy the parent might be pleased to be carrying two because they get it over with in nine months. Twins can be identical or fraternal which is when they come from a different egg.

Many Mothers will become aware of the multiple pregnancy before it is officially confirmed as their symptoms will be twice as bad as a regular Mother to be would experience. It is also common to put on lots of weight in the early stages as usually it would be a lot later. Individuals who have had other pregnancies may be more able to tell the difference between the two.

Multiple pregnancies are frequently associated with higher risks but this does not have to place extra worry with the expectant parent. Stress and worry is not good for babies so unless they have proven reason to worry then they should not. Finding an experienced obstetric team is essential as the couple will want to feel reassured and aware of what is happening and what will happen continuously.

Its possible to prevent any complications by ensuring that the mother to be takes very good care of herself. Its always a good idea to eat plenty fruit and vegetables as the babies will take up a lot of the iron and the female will want to ensure she does not become anaemic. Taking periods of simple exercise is also advisable during the entire pregnancy; this can include walking, swimming and even suitable yoga.

There is a lot of help out there available for the carrier of more than one baby. It is much more common than people believe especially now that more people are undertaking fertility treatment. The treatments involve using more than one embryo so multiple pregnancies are extremely likely.

There are many worries when it comes to these kinds of experiences such as money, coping mechanisms for the birth and after and what they need to realistically buy. Many individuals will go out and buy two of everything for their babies but this is not always necessary. Of course the couple will need two car seats and cribs but many other objects can be shared such as the changing table and clothes.

To save some money the babies would be able to share a changing station where the nappies are changed, bath, pram providing it is a twin buggy and clothes if they are the same sex. Once the Mother has prepared for everything they will need they can start to think about the impending birth. A lot of people presume they will end up having surgery but in most cases a natural labor is possible so the Mother will need a birth plan.

The main difference with multiple pregnancies besides the obvious is that the Mother can be closely monitored to keep on top of any sudden changes like blood pressure. As with all pregnant women they need to take care of themselves efficiently. With thorough research and advice there is no reason why twins cannot be the miracle they were once believed to be.

If Pregnancy is Your Goal, Here’s Some Advice 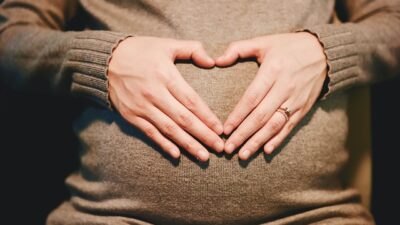 If Pregnancy is Your Goal, Here’s Some Advice

Pregnancy can be a wonderful time in the life of a couple. The time the…