There are plenty of things which could make us toss and turn instead of getting a good night’s sleep: caffeine, stress, nicotine as well as spicy food too near to bedtime.

More often than not the things that make us awaken bleary-eyed and go through the day yawning can be remedied by change in lifestyle. However, the resolution of certain sleep problems requires more than lifestyle changes, and sleep apnea is one of them.

Sleep apnea is really a chronic medical condition that occurs when an individual temporarily stops breathing or takes shallow breaths a number of times as they sleep. The breathing pauses may be as short as a few seconds or as long as a couple of minutes.

The condition commonly disturbs sleep between three and five times every week with the breathing interruptions usually occurring between 5 and 30 or even more times each hour. Consequently, the person usually awakens feeling tired from a night of continuous deep sleep disruption.

Chronic snoring is the most common manifestation of obstructive sleep apnea, and daytime sleepiness is easily the most noticeable effect. But sleep apnea places one at greater risk for a range of serious medical issues, including high blood pressure, heart attack, stroke, hypertension, obesity, diabetes and an increase in irregular heartbeats.

Apnea, however, is not unique among sleep disorders in its tendency to lead to serious medical issues. All sleep problems compromise the body’s immune system and place an individual at greater risk for poor health.

Once the body receives insufficient sleep, it suffers a loss of flexible immune responses which are key to battling infections and diseases.

Too little sleep doesn’t specifically result in such maladies as cancer or even the seasonal flu, but it can boost the probability of these and other maladies by compromising the body’s immune system.

While people who suffer from unresolved sleep problems might encounter medical issues stemming from a compromised immune system, they inevitably suffer the superficial results of receiving insufficient sleep.

Concentration is affected, mood is altered, hunger increases and a general sense of malaise often stand in the way of their achieving a feeling of emotional and physical vitality. Additionally, workplace performance and social interaction is often compromised.

There are a number of herbal and chemical over the counter sleep aides, but most of them are intended for short-term use or aren’t powerful enough to remedy serious sleep disorders.

Physicians can prescribe stronger medicine, but even prescription medications often address the effect of the sleep issue and not its cause when a patient doesn’t get a thorough evaluation, that ought to ideally consist of a psychological, a behavioral along with a physical examination.

If you suffer from insufficient sleep that does not resolve by itself and can’t be related to things like excessive caffeine, a change in sleep schedule or temporary stress, the best idea would be to speak to a clinic that are experts in sleep medicine.

Unlike an ordinary doctor’s appointment, a scheduled appointment with a sleep clinic constitutes a thorough evaluation of psychological, behavioral and physical factors to reach the underlying cause of a sleep disorder.

When you have a sleep problem, you might think only of the way the disorder affects your sleep. But sleep apnea, among other sleep problems, is a disorder that affects a lot more than your sleep.

Far from just causing nightly tossing and turning and snoring, sleep apnea can even lead to high blood pressure and heart failure. 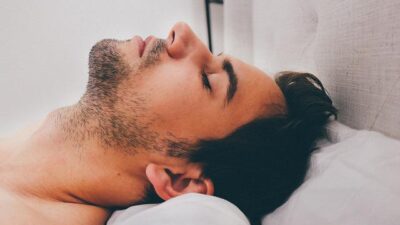